Merzbow+Arcane Device (2022) CD issued by Important Records
"Veteran noise artists Merzbow (Masami Akita) and Arcane Device (David Lee Myers) join forces to remix either other’s works on this self-titled album. Each recorded a track that the other generated and reformed into a long piece of sculpted sounds.
The first aptly-titled piece is Arcane Device Mixes Merzbow, which begins with bubbly and percussive features before an influx of static and low-end rumblings. Buzzing elements have spatial dimensions as they move between speakers in a fashion that is strangely suggestive of broken machinery operating during an insect-filled thunderstorm. Sequences or loops pulse in and out of the foreground with grinding or high-pitched drones and feedback layered atop. At times, watery masses and wailing electronics combine for oddly-textured and sweeping rhythms. The second half of the track includes passages with sound walls and electronic popping. Propulsive arrays of static add to the information-rich mix. In the end, signature Merzbow electronic experimentation is clearly discernable.
This segues nicely into Merzbow Mixes Arcane Device, which begins like a classic Merzbow collage of harsh noise. The frequencies employed are higher with more sheets of sound as well as electroacoustic squeaking, pulsing, and scraping rather than the rumbling drones of its predecessor. Narrow-spectrum white noise shares sonic space with screaming distortion, blips, chirps, and pops. Eventually, this evolves into a quantum-like fabric of layered static, constantly ripping itself apart and reforming."
—Mike (avantmusicnews.com) 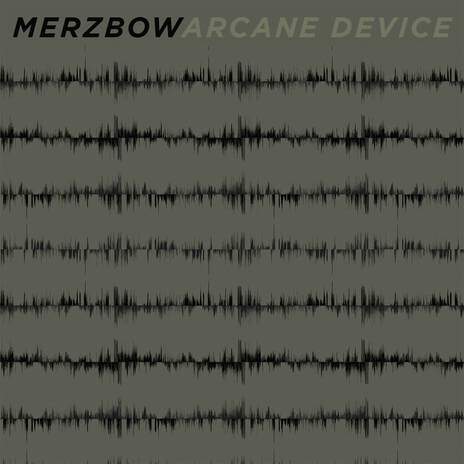