noise matrix mantras / modular waves  new devices, new sound explorations on two seventy-minutes-plus cds.
DISCS SOLD OUT, DIGITAL AVAILABLE BELOW
It will likely seem bizarre to more sedate music listeners—that is: 99.9% of the public—but there exist eccentric warped personalities, mine for instance, who derive a lot of pleasure and intrigue from such work. Chalk it up to cunningly unhinged minds in that respect, but, perplexing as it may seem, work like this is as much a matter of demento-eco-friendly immersion experience as any New Age rhapsody sitting on the other side of the fence (and the barrier's electrified, so don't try climbing over; you won't be killed, but you will be shocked…in all meanings of that term)....

[Modular Waves] I suppose one could say Modular is vaguely like a zoned-out Terry Riley, shellshocked and reaching for the stars while burrowing into the earth, so thus be assured of this: it's by no means music for The Everyman any more than David Lynch is Walt Disney, but, for those to whom the outré is a good deal more than just a posture, well… -Mark S. Tucker, Acousticmusic.com

Relatively simple, long sustaining sound waves intertwine each other and make some very nice yet intense electronic pieces of music. This is not the kind of ambient that is along the lines of say Brian Eno or something cosmic, but more the kind of forceful drone music that sticks right in the middle of your brain; providing of course you play this with a considerable volume, which I actually recommend. Perhaps only then the total immersive sound will be present. This is a great disc!  -Frans De Waard, Vital Weekly

[Noise Matrix Mantras] Myers’ vocation remains that of observing complex drones and stunning figures materialize autonomously upon all types of unconventional patterns; the special kind of electronic stimulant required to unfasten the psyche from low-end superfluity. You can literally sense the grain of extraordinary frequency agglomerations seducing the ears and, unavoidably, increasing the awareness of ever-unspeakable issues.  -Massimo Ricci, Touching Extremes 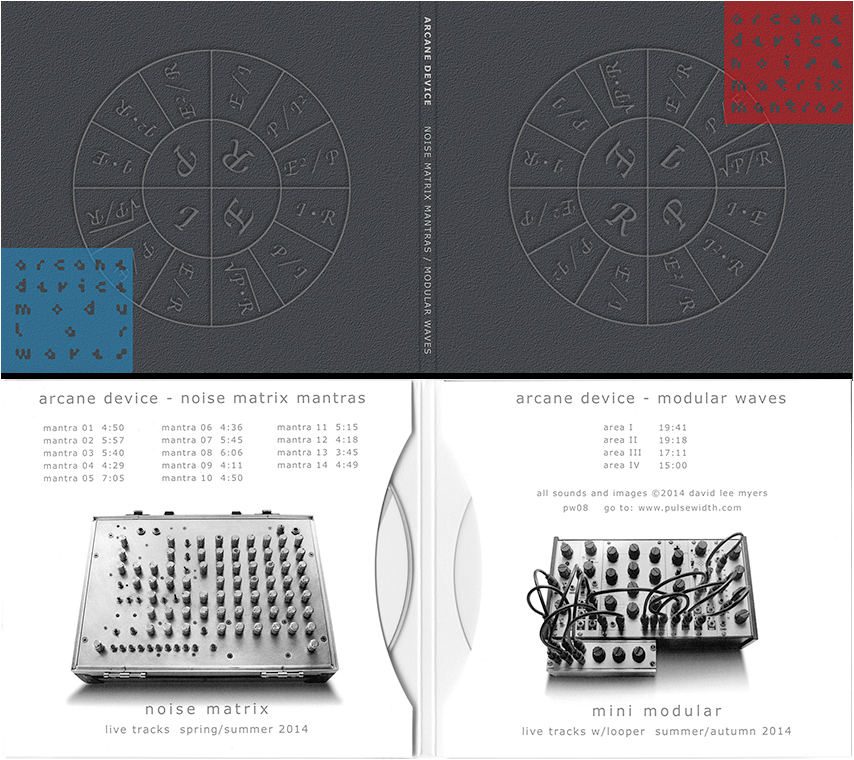